They help others in need. They persevere despite their own struggles. They are role models for their peers. They Do the Right Thing, even when it's not the easy thing. And seven of them were rewarded Monday for their efforts.

“Do the Right Thing” is a collaboration that began last fall between the school district, the City of Albany and the Albany Police Department. Middle- and high-school students are nominated each month for their accomplishments, positive behavior and good deeds. Each month a committee determines the top students, who win Samsung tablets and other great prizes.

Students who received top honors for February were:

Marques Blake, sophomore, Albany High School. Why nominated: An outstanding student and overall great person, he made significant improvements in his grades while working a job part-time and around the house. He excels not just in the classroom but on the field as well as a member of the Albany High School football team. He spends his free time volunteering at Victory Christian Church.

Mitchell Diggs, grade 7, Edmund J. O’Neal Middle School of Excellence. Why nominated: He is a kind and caring person who donated his Christmas gifts to Toys for Tots. He is always willing to give back and encourages his friends to “Do the Right Thing.” He brings friends with him on family activities and adventures, and he donates his clothing to less fortunate people.

Henry Guaman-Palaguachi, grade 7, North Albany Middle School. Why nominated: He is a hardworking and respectful student who makes school and learning a top priority. Even though he has to take two buses to get to school, he does it with a positive attitude. Outside school, he helps his family and cares for his younger brother. He is patient and kind with other students and humble in his achievements.

Olivia Henry, senior, Albany High School. Why nominated: She juggles AP courses, the swim team, band and her job as a lifeguard on the weekends and while working diligently on all her college preparations. While doing all that, she consistently makes honor roll and has an outside class ranking. She works hard, gets her assignments done and gives everything her best effort.

Quameek Perry, grade 8, William S. Hackett Middle School. Why nominated: A distance learner, he puts forth outstanding effort every day of remote classes, making progress and actively participating. He recently helped a neighbor in need who had fallen in the road and was injured, getting his mother to contact an ambulance. His goal is to become an Albany Police Office and continue to help others.

Saugat Shah, grade 9, Albany High School. Why nominated: He exhibits positive behavior, does good deeds and possesses an outstanding character (he received a total of 10 nominations – a Do the Right Thing record!. He always helps your friends with their academics, help his teachers and is respectful to everyone. He is honest, encouraging, hardworking and caring.

Naya Snide, grade 7, Stephen and Harriet Myers Middle School. Why nominated: She battled serious illness not just once but twice; now she mentors younger children who have health challenges and helps them get through their treatment. She is a compassionate young person who helps kids who are bullied gain confidence and stand up for themselves.

Know a middle- or high-school student worthy of recognition? Nominate them here.

Visit our Facebook page to see more photos of the deliveries.

(You don't need a Facebook account to see the photos linked in the highlighted text above. A window may appear that says, "To see more from Albany City Schools on Facebook, log on or create an account,” but you can dismiss it by clicking “not now.”) 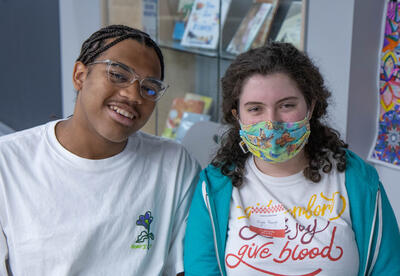 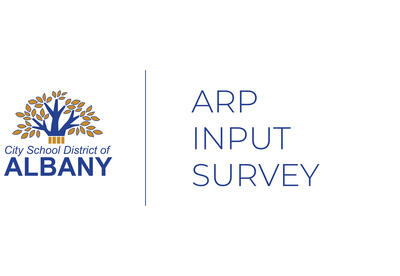