For almost 11 years, and for no pay, Bill Stoneman has tended gardens and engaged students at two City School District of Albany schools through the Vegetable Project.

The gardens bloom and thrive. But the Vegetable Project is much more than a garden. Under Stoneman’s leadership and with the help of volunteers, students get hands-on experience. The program offers internships to at-risk students, and during the summer, jobs through the city’s Summer Youth Employment Program.

Stoneman started the Vegetable Project in 2009 at Stephen and Harriet Myers Middle School when his daughter was a student there. His daughter went on to attend and graduate from Albany High School, but the project flourished at Myers and expanded to an additional garden at Albany High.

A building substitute teacher at Albany High, Stoneman’s inspiration for the Vegetable Project is two-fold: gardens are a tangible way to combat climate change, and Stoneman is a firm believer in hands-on education – particularly for students who struggle in a traditional classroom setting.

“The Vegetable Project creates opportunities for doing and touching and tasting and experiencing, which we see as foundational for all sorts of positive developments in the lives of kids with great needs,” Stoneman said.

When there’s not a pandemic, students at both schools assist with planting and nurturing the gardens, harvesting their bounty, and cooking and eating it. Occasionally produce from the garden is for sale at the Honest Weight Food Co-Op.

These days, Stoneman can be spotted weeding, watering and otherwise tending the high school garden just off North Main Street or the Myers garden behind the school. The program relies on volunteer support and donations. Learn more about both here. No knowledge of gardening or veggies is necessary to help.

The Jefferson Awards were established in 1972 by the American Institute for Public Services, an initiative of Jacqueline Kennedy Onassis, U.S. Sen. Robert Taft Jr. and Sam Beard. Through partnerships with local print and TV media, the awards honor individuals for their achievements in public and community service. 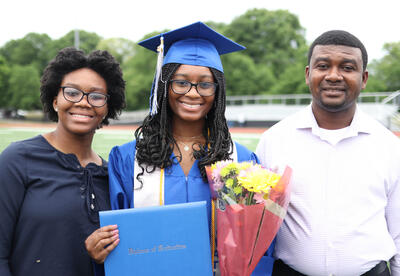 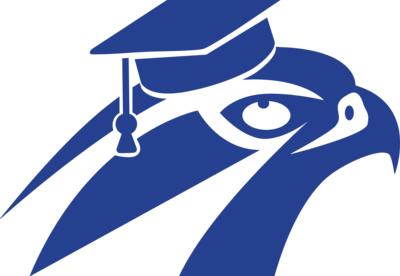 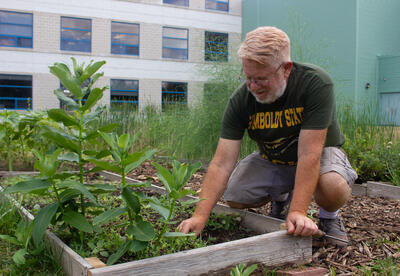