The City School District of Albany Board of Education has elected Vickie Smith to serve as president in 2022-23.

The board elected Smith unanimously at its July 7 meeting. Former Board President Anne Savage nominated Smith for the position.

Smith, who served as vice president for the previous four years, was first elected to the board in November 2015 to fill the remaining year of a vacant seat. She was re-elected to full four-year terms in November 2016 and May 2021.

“I am grateful for this opportunity,” Smith said. “It has been a pleasure to serve, and I am looking forward to providing additional leadership and support.

“I am honored to be a member of this board, this school district and this community. We are going to continue to do all that we can to make sure that our systems, our services and our supports continue to get better and better.”

The board unanimously re-elected Sridar Chittur, Ph.D., to serve as secretary following his nomination by board member Ellen Krejci. Dr. Chittur, a board member since 2016, begins his second year as secretary.

Krejci and Wilson also were sworn in at the July 7 meeting to begin new four-year terms. Both were re-elected in May. 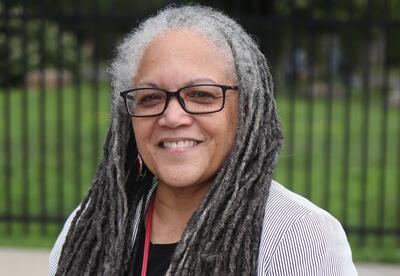