The City School District of Albany Board of Education unanimously adopted a $261.6 million budget proposal May 14 that would contain spending and minimize the local tax impact while continuing to support nearly all of the district’s current programs and services.

The revised proposal, which Superintendent Kaweeda G. Adams presented at the meeting, would eliminate 142.6 positions to close a $15 million deficit. The proposal represents an increase of less than half a percent – 0.47% – over the current year’s budget. It includes a 1.96% tax-levy increase, which is equal to the district’s tax cap.

“Our school district is focused every year on the balance between what our students need and deserve, and what our community can afford,” said Board of Education President Anne Savage. “That’s especially true in hard economic times like those we are facing now.

“While we know the superintendent and her staff have been forced to make many incredibly difficult decisions that will impact the programs and services the district will be able to offer our students, the board was committed to putting forward a budget proposal that represents the highest level of service we can provide for our students while maintaining the fiscal responsibility that we know our community needs in these difficult times.”

It is the seventh consecutive year that the district has proposed a tax-levy increase of less than 2%. The average annual proposed increase over that period is 1.02%.

As with all school districts in New York, the budget vote and board election will be conducted entirely by mail this year due to COVID-19.

The district will mail absentee ballots to all qualified voters during the week of May 26. Qualified voters include all voters registered with the Albany County Board of Elections and those who have registered directly with the school district.

Completed ballots will be due June 9 by 5 p.m. Please visit our Voting during closure section for more information about this new process.

What happens if the budget is not approved?

If voters do not approve the budget, the board will have two options:

Also on the ballot

The ballot also will include Proposition #2, a proposal to purchase a piece of property adjacent to Delaware Community School for $13,300 using funds from the capital reserve. The property would be used for additional recreational space for students. Proposition #2 would have no impact on taxes.

In addition to the budget and proposition votes, three candidates are running for one open board seat: Victor Cain, Hassan Elminyawi and Edith Leet. The board appointed Elminyawi last summer to serve the remainder of a vacant position; that term expires June 30.

The 142.6 positions proposed for reduction represent about 8% of the district’s current total workforce of 1,809.

The proposal also reduces the number of management confidential and other staff by 4.4% (4.5 positions out of 102).

Programmatic implications of the proposed reductions would include:

The proposal also includes non-programmatic cuts, including reductions to service contracts, purchases of equipment, conferences and professional development, and staffing in maintenance and operations, and staffing in security.

In spite of the proposed reductions, the budget would continue to support nearly all of the district’s current programs and services. These include: 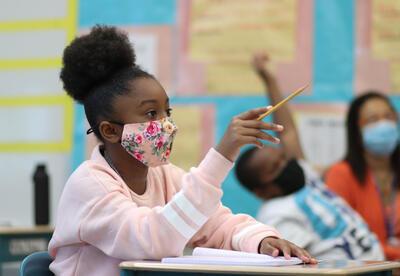 Add your voice of support during the financial crisis 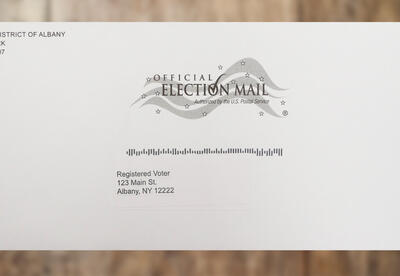