While there is no specific summer reading requirement for students entering grades 6-8, we do encourage students to read throughout the summer for both enjoyment and to prevent the “summer slump” relative to literacy skills.

As our school year draws to a close, I’d like to take a moment to acknowledge our students and families for all the hard work and sacrifice that has gone into finding your way through middle school so far in a manner that no sixth and seventh graders who came before you ever have – we know it wasn’t easy!  And even though the year is ending, the story of this year – your year – is not over until you decide it’s complete, because you are its author, and you get to decide how the story ends.  That is the power of storytelling, and it lies in all of us.

Like any summer, this summer is a wonderful time to find stories – both real and imagined – that speak to us.  Losing ourselves in a great book can feed our souls, mend our hearts, and fill our minds with ideas and wonder.  Reading is also a clear avenue to a better, more just world – there are tremendous books available to us – both fiction and non-fiction – written by amazing authors of all different backgrounds who introduce us to characters, places, and ideas that can inspire empathy and kindness in all of us, so we can be a part of building a better America.  One of my teachers shared a Cornel West quote with me earlier in the year that reminded her of our collective work as a department.  The notion that “…justice is what love looks like in public” resonates with me as we, your English Language Arts and Reading teachers and librarians, share with you our love of story in the hopes that reading – widely, vastly, and deeply – helps to shape you into the change agents you were born to be in the name and pursuit of a more just world.

With that, we are pleased to share our new landing spot for all things summer reading!  On our district website, you will find a link to the Summer Reading section under Summer Programming.  In this space, you will be able to view a list of recommended books and book talk videos from our teachers and librarians across the district.  Every book on this list was carefully chosen to take into consideration the varied interests of our students.  While there is no summer reading requirement for students entering 6th, 7th, or 8th grade, we do encourage students to read throughout the summer for both enjoyment and to prevent the “summer slump” relative to literacy skills.

There are many ways to access both print and digital copies of books.  The branches of the Albany Public Library have our list of recommended titles and are ready to help our students check them out.  We also have a robust collection of eBooks and audiobooks available; directions for access can be found on the district website.

If you have any questions, please don’t hesitate to connect with Emer Geraghty, Summer School Librarian at (518) 475-6429 or egeraghty@albany.k12.ny.us.  We wish you a wonderful, healthy, and safe summer full of new adventures and great books!

The list of recommended books below was compiled by our teachers and librarians across the district.  Every book on this list was carefully chosen to take into consideration the varied interests of our students.

The Remarkable Journey of Coyote Sunrise by Dan Gemeinhart

I Was Their American Dream by Malaka Gharib

The Benefits of Being an Octopus by Ann Braden

Long Way Down by Jason Reynolds

Momentus Events in the Life of a Cactus by Dusti Bowling

I'll Be the One by Lyla Lee

Tristan Strong Punches a Hole in the Sky by Kwame Mbalia

When Stars Are Scattered by Victoria Jamieson

When You Trap a Tiger by Tae Keller

Piecing Me Together by Renee Watson

Other Words for Home by Jasmine Warga

Amari and the Night Brothers by B.B. Alston

On the Come Up by Angie Thomas

The Cat I Never Named by Amra Sabic-El-Rayess

Before the Ever After by Jacqueline Woodson

Don't Stand So Close to Me by Eric Walters

This Book Is Anti-Racist by Tiffany Jewell

The Ballad of Songbirds and Snakes by Suzanne Collins

The False Prince by Jennifer Neilsen

Roll With It by Jamie Sumner

The Bridge Home by Padma Venkatraman

Check out the awesome book talks and tutorials from district teachers and librarians! 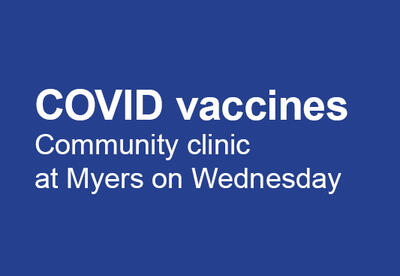 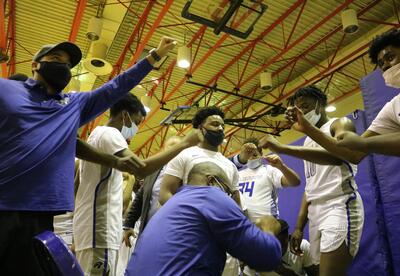